I am itching for spring! Itching for it, I tell you. We’ve had a gloriously mild winter. But…winter is still gloomy. Overcast skies, chilly temperatures, dead grass, no leaves or pretty flowers or any color to look at. So I’m sharing my Pinterest board with all things spring today.

If the board doesn’t show up, here’s the link to it. http://www.pinterest.com/jillkemerer/spring/

I can’t wait to walk outside without wearing gloves, a hat or a winter coat. And I love it when our grass turns green. And when our flowers start to bloom. Well, you get the idea. I am DONE with winter!

What says spring to you?

My husband and I have been watching a lot of movies at home lately. Last weekend we watched Inferno, the third installment of the Robert Langdon film series, loosely based on Dan Brown’s books. I haven’t read the books, so I can’t tell you how the movies compare, and I’m not reviewing the movie. Instead, I’m focusing on the romance elements in the film.

SPOILER ALERT!! If you haven’t watched Inferno but plan on doing so, do NOT read further! I give away several key plot points in this post!!

Dr. Robert Langdon (played by Tom Hanks) is the main character, and he interacts with two women throughout the movie. One is the ER doctor, Dr. Sienna Brooks (played by Felicity Jones), who looks to be in her late twenties and is thrust into a dangerous situation when she treats Langdon for a head wound. She’s a prodigy, a former child genius, and knows Dr. Langdon (he’s a professor) from reading his books and attending one of his lectures. The movie takes place in Italy. After a police officer tries to kill them in the hospital, they’re forced to go on the run, searching for clues to prevent a deadly plague from being released.

They are being hunted by several government agencies, and they don’t know who to trust. Langdon has few memories of the previous three days due to his head wound. He recalls meeting a mysterious woman but he doesn’t remember if he can trust her or not. Later, he remembers the woman was Elizabeth Sinskey, a World Health Organization agent and former girlfriend.

As the movie progresses, Sienna double-crosses Langdon, and we learn she was the lover of the man who invented the deadly plague. We also learn that Langdon and Elizabeth were in love when they were younger, but neither wanted the other to give up their life’s work to be together.

While the movie was action-packed and not a romance by any means, I was struck by the fact the writers never gave in to the temptation of letting an attraction blossom between Langdon and the much-younger Sienna. A decade ago, these two would most likely have made googly eyes at each other and possibly shared a kiss or, at the minimum, an embrace. Personally, I’m glad we were spared that. The only time a romantic connection was hinted at was by another character, and Langdon seemed appalled at the thought. It was very refreshing to have the older-man/younger-woman element off the table.

On the other hand, Langdon does  have a romantic past with Elizabeth, and the race to find the plague draws them closer together. Elizabeth is played by the talented actress, Sidse Babett Knudsen, whom you might have seen on the new HBO series, Westworld. She’s a fantastic actress–and get this–she’s in her late forties. Yes, Tom Hanks just turned sixty and that is still a sizable age gap, but the romance felt spot on. These are two mature people who shared a past and deeply cared about each other. It was very believable, and one of the reasons was because they shared common goals. They were both dedicated to helping others and willing to sacrifice their personal lives to achieve this.

The movie was entertaining and action-packed, if confusing at times, but the romance element was my favorite part.

What movie have you watched recently? Was there anything about it that struck you as inspiring?

Have a terrific weekend! 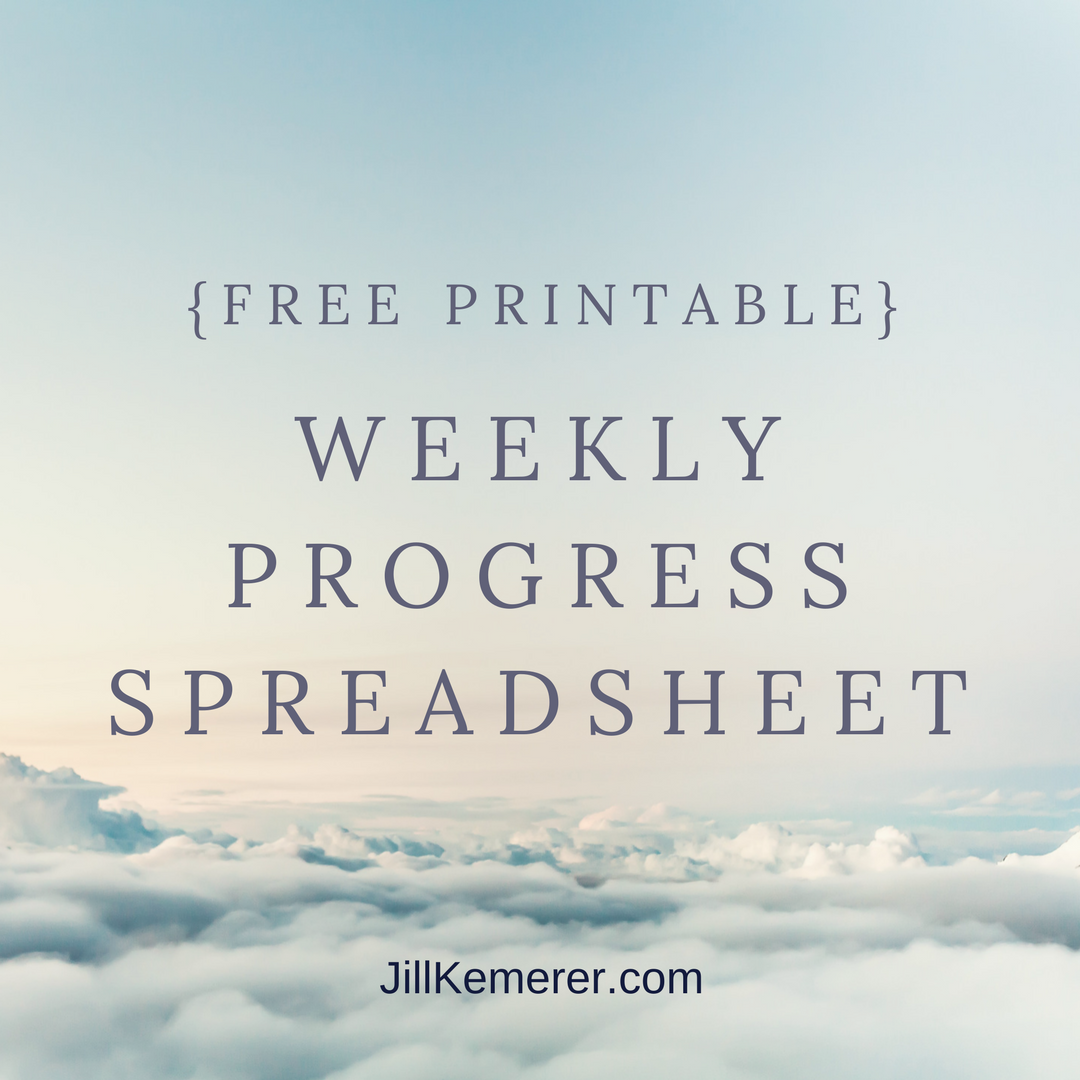 2017 has been a year of changes for me. Most of the changes have been little, but hey, small steps equal steady progress. One of the things I’m doing is tracking my progress in two areas. I created a year-at-a-glance spreadsheet that can be used for any goal. I’m tracking my exercise habits and how many hours of “important work” I accomplish each day.

Below is a snapshot of it. Notice there are spaces for each day of the week as well as notes. For my health spreadsheet, I use my own code. FY stands for Foundation Yoga. BC stands for Boot Camp. GS stands for Green Smoothie. 2W stands for two miles I walked. Obviously, the number changes with the miles. This allows me to see my consistency over the course of an entire year. It’s been motivating!

For my Important Work spreadsheet, I printed the exact same form, but each day I simply jot a number in the slot. The number represents the amount of hours I spent doing things on my Important Work list. (You can see my list below.)

By important work, I mean tasks that directly contribute to my income, which is based on writing and selling books. I got this concept from Cal Newport’s excellent book, Deep Work: Rules for Focused Success in a Distracted World. I don’t track my “deep work” hours because some of the things I consider important do not fit the Deep Work philosophy.

Your list will look different than mine. We all have our own concept of the most valuable tasks in regards to our work. The things I don’t include on my Important Work list are necessary parts of my job, but I place less value on the because they don’t directly contribute to my income based on writing and selling books.

Things I track as Important Work:

What I don’t track as  Important Work:

Again, the things I don’t track are necessary to my job, but I don’t log the hours I spend doing them.

If you’re interested in tracking any aspect of your life, feel free to print your own Weekly Progress Sheets. Just click on the link below! I’m also including this pdf file on my For Writers page if you’d like to print more out in the future.

I find this especially helpful for reluctant writers. If you find yourself going days on end without writing, try this. It’s evidence of how much or how little time you actually spend working on a manuscript.

If you’d like to track your Important Work hours, spend a little time determining what equals important work to you. Enjoy!

Does charting your progress motivate you? Have you ever tried a year-at-a-glance weekly spreadsheet? 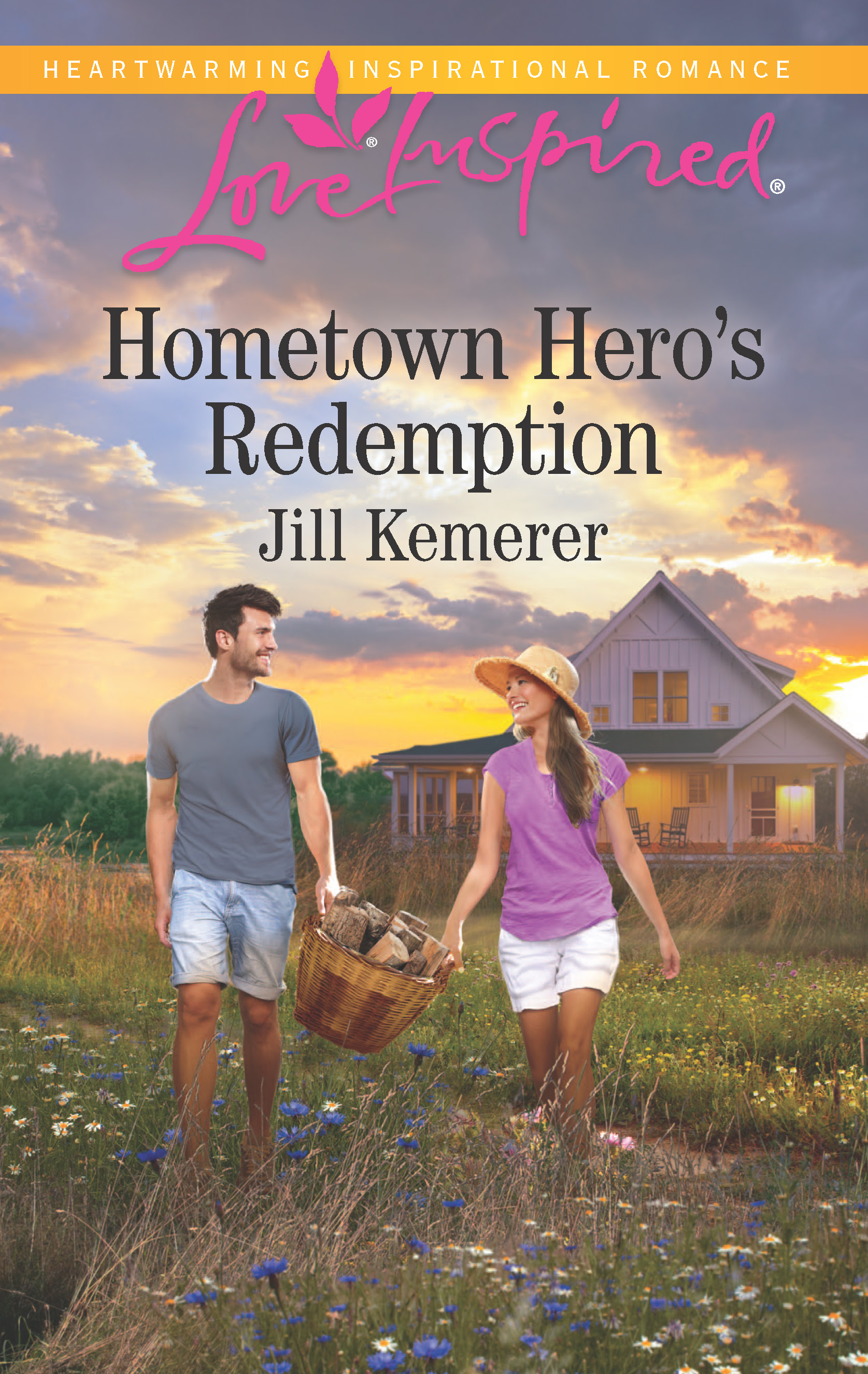 Happy Friday! It’s an extra exciting day for me because I get to share the cover of my fifth book!

Hometown Hero’s Redemption is the final book in the Lake Endwell series. I’ve loved this fictional Michigan town so much. It’s hard to say goodbye! This story is dear to me, and I hope you love it as much as I do. It will be available June 2017! 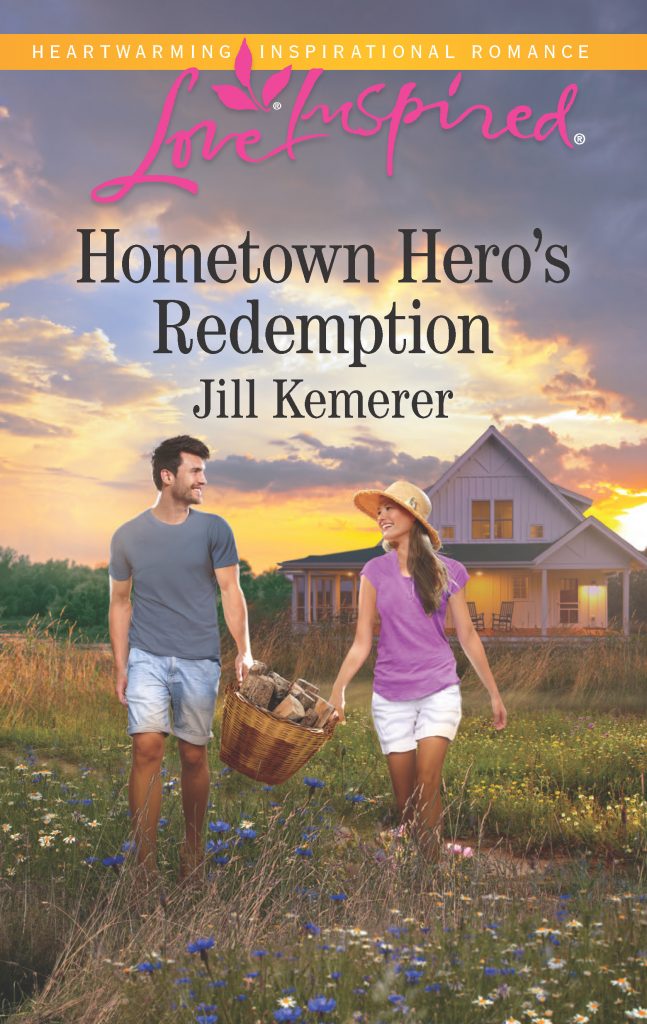 When he becomes guardian to his friend’s troubled ten-year-old boy, firefighter Drew Gannon knows he needs help. But before he can get former social worker Lauren Pierce to agree, he’s got to prove he’s changed from the sports jock who gave her a hard time back in high school. Returning home, Lauren wants no part of her old profession. She only wants to forget the unspeakable tragedy she left behind. She can’t take responsibility for another child. Or a reunion with Drew—no matter how generous he’s become. But a desperate boy and his handsome guardian may be more than Lauren can resist…

What are your weekend plans?

Two weeks ago I was pushing hard to meet my daily and weekly goals. I had a book due, and I needed every minute to finish it. I had a three-hour window on the weekend where I was in another town with nothing to do, so I decided to revise a hard copy of my manuscript. I found a corner table at a coffee shop, took out my printed book and red pen and…stared into space.

The coffee shop was crowded, conversations were loud and I struggled to concentrate. No problem, I’ll just work in my car for a while.

But the car, while quiet, brought no productivity either.

I simply couldn’t focus on the pages in front of me.

Come on, you’re on a tight schedule here. If you don’t get this done today, you’ll be behind. Do you want to meet your deadline or not?

The little worries started zapping at me until I took a deep breath and told them to stop. Forcing myself to revise wasn’t working, so I read another chapter of a nonfiction book I’d been enjoying. I still had an hour before I needed to pick up my son. Rather than trying to free up brain cells that didn’t want to cooperate, I prayed. I prayed God would bless my upcoming writing week, that He would help me get my work done and guide me to make the book the best it could be.

The following Monday, my focus returned with a vengeance. I worked hard all week, and I was able to turn in my book a few days early. It felt really good!

Sometimes our plans don’t work out, and the situation is made worse when we can’t focus on what needs to be done. If you’re distracted, try the following:

Do you ever get so distracted you can’t focus? How do you handle it?