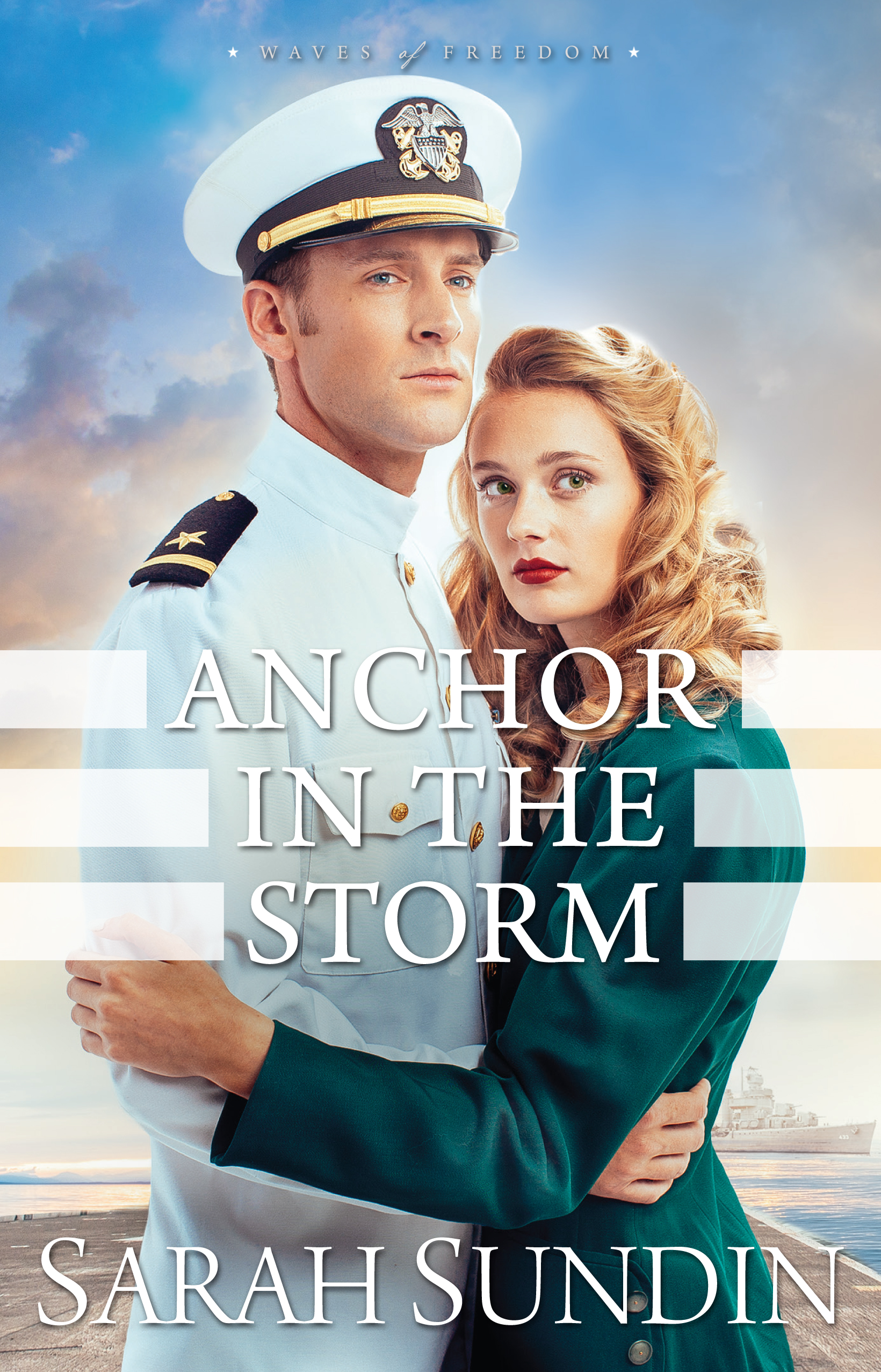 Today Sarah Sundin is  graciously answering questions about her writing life. Sarah writes Christian WWII romance novels for Revell, and her new book, Anchor in the Storm, is available in stores and online. Sarah has graciously agreed to give away one copy of Anchor in the Storm! The easy entry options are below! Contest is open until Sunday, May 15 9pm EST. Winner will be notified via email. Don’t worry, I have all the links and book info below.
Let’s get to it!

THE INSIDE SCOOP WITH SARAH SUNDIN

I’m odd for a writer—in many ways. I didn’t always want to be a writer. Although I loved reading, I was drawn to science and became a pharmacist. Then in 2000, I woke up from a dream that was so compelling. I knew it was a novel, and I had no choice but to write it down. Since then, the story ideas have flowed. I often say it’s as if God flipped on the writing switch in my brain! I hope He never turns it off. I’m completely addicted.

It’s probably my scientific background, but I have a long pre-writing process. I fill out thorough character charts (my favorite part!) and plot charts before I start writing. Some writers find an outline stifles their creativity, but it unleashes mine. By the time I start my rough draft, I know my characters and story so well that the story flies! I don’t get writer’s block, and editing is a fairly quick process.

My husband is also a pharmacist. A few years ago, he became the pharmacy manager at a local drugstore in the thick of the current narcotic abuse epidemic. He began cracking down on suspicious and illegal prescriptions—and he’s even called the police for a few forgeries! Well, my little novelist’s brain began churning. What if he angered the wrong people in the drug world? A little twist, and I had Anchor in the Storm, where a female pharmacist begins noticing suspicious prescriptions—and uncovers a drug ring. And of course, I set it in World War II.

In 2001, I was blessed to attend a writers’ conference where Lauraine Snelling was teaching the fiction track. She introduced me to the hero’s journey (Christopher Vogler’s The Writer’s Journey), and it revolutionized my writing. Understanding solid story structure allowed me to tackle plotting, which I always struggle with.

Sarah, I’m so impressed you remembered the dream and actually wrote a book about it! I tend to forget my dreams within minutes of waking up. I’ve heard of Christopher Vogler’s book, but I’ve never read it. I’m adding it to my study list–thank you! Congratulations on your new book, too. The plot sounds amazing, and the cover is so gorgeous!! 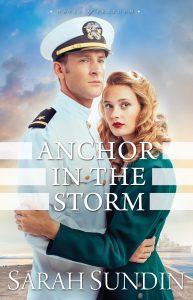 For plucky Lillian Avery, America’s entry into World War II means a chance to prove herself as a pharmacist in Boston. The challenges of her new job energize her. But society boy Ensign Archer Vandenberg’s attentions only annoy—even if he is her brother’s best friend.

During the darkest days of the war, Arch’s destroyer hunts German U-boats in vain as the submarines sink dozens of merchant ships along the East Coast. Still shaken by battles at sea, Arch notices his men also struggle with their nerves—and with drowsiness. Could there be a link to the large prescriptions for sedatives Lillian has filled? The two work together to answer that question, but can Arch ever earn Lillian’s trust and affection? 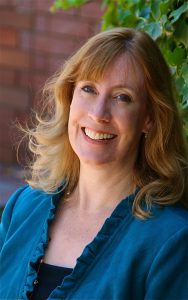 Sarah Sundin is the author of eight historical novels, including Anchor in the Storm (May 2016). Her novel Through Waters Deep was named to Booklist’s “101 Best Romance Novels of the Last 10 Years,” and her novella “I’ll Be Home for Christmas” in Where Treetops Glisten was a finalist for the 2015 Carol Award. A mother of three, Sarah lives in California, works on-call as a hospital pharmacist, and teaches Sunday school. http://www.sarahsundin.com

Have you ever had a dream so vivid you thought it could be a book?

I’m sitting in my living room, smiling at the beautiful sunshine spilling on green lawns as robins flit from tree to tree. Our neighborhood looks fresh, happy. We had cool weather and showers this week, and I’m hoping it warms up around here this weekend. 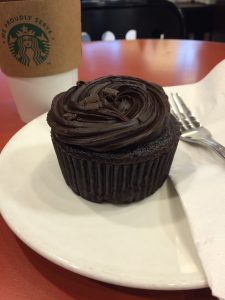 As many of you on Facebook know, our son was confirmed at our church last week. After three years of Bible instruction, he’s moving on to a new phase in his faith. This fall he’ll be in high school, and I can’t help shaking my head at where my little boy went. He towers over me now!

And to make matters worse (or better?), our daughter is wrapping up her senior year in high school. She has prom tomorrow, just finished her final season of track, is knee-deep in major school projects, and will be graduating in a few short weeks. My heart just did that weird compression thing it’s been doing since Christmas. I’m so proud of her, but come on, where did her little pigtails, Dragon Tails pajamas and Barbie collection go? Alas, she’s taller than me too.

To keep us on our toes, we’ve been tackling a few house projects and juggling my son’s baseball schedule. I’ve been snatching ten minutes here and there to read novels by friends. Those moments of escaping into fictional worlds have been helping me keep my cool. If I didn’t have a distraction, I would obsess over the million and one details still not completed.

Yep, May is bringing many, many joys to us this year. And I, for one, will need a full box of Kleenex. Beaming through the tears. I’m thankful our children are maturing into wonderful adults, and I’m reflecting on my role as a mom. They’ll always need me, and I’ll always need them. I’m blessed to have a deep pocket full of memories, and I plan on diving in often. With my tissues handy. :)

Are you looking forward to anything this May?

The American Christian Fiction Writers Foundation (ACFW) raises money every year to provide scholarships to writers attending the ACFW national conference. Their silent auction is taking place this week, and there are tons of great items to bid on! I donated a Fiction Platform Building package with a social media evaluation and tips on how to maximize time and effort. If you’re interested, click HERE for the package details. The link to the silent auction is HERE.

Have a happy Mother’s Day and a lovely weekend!!