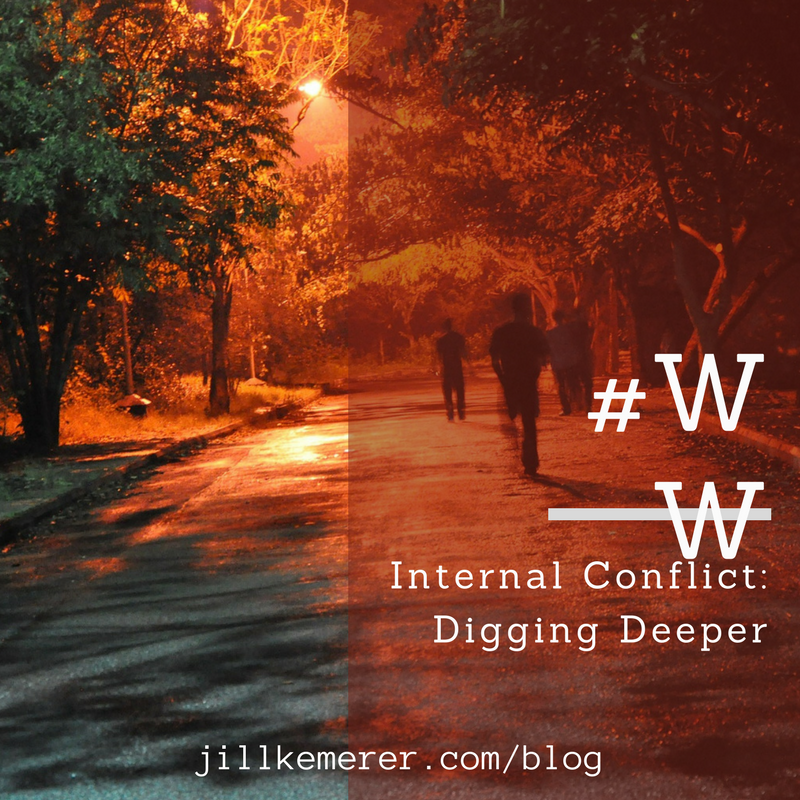 One thing I love about internal conflict is that a character recognizes she is emotionally protecting herself from something and thinks she knows why, but as the story progresses, she realizes the reason goes deeper. Until she’s willing to be vulnerable and admit the emotional walls she’s erected are stifling her, she won’t be able to emotionally grow.

Does it matter if she grows?

YES! When I’m reading a book, I fall in love with characters. I WANT to see them succeed. I want them to become their best selves and live full lives. If a character ultimately stays the same and shows no growth, I’ll be disappointed.

Of course, this doesn’t mean the character starts off with massive flaws that turn everyone off. No one will stick around long enough to read about her growth!

Internal conflict starts with a deep emotional need. This need has been complicated by previous experiences. The character has convinced herself the need will not be met because of the past complications. Throughout the story, this belief is challenged until she chooses to be vulnerable enough to have the ultimate need met.

Here are some questions to dig deeper with internal conflict:

Internal conflict is rooted in fear. The character doesn’t want to face this fear and often tells herself a half-truth to explain it. But as the plot progresses and her beliefs are directly challenged, she is forced to acknowledge the real fear holding her back. And ultimately, she chooses to be vulnerable, allowing this deep emotional need to be met.

How do you deepen internal conflict? I’d love to hear YOUR best tips!