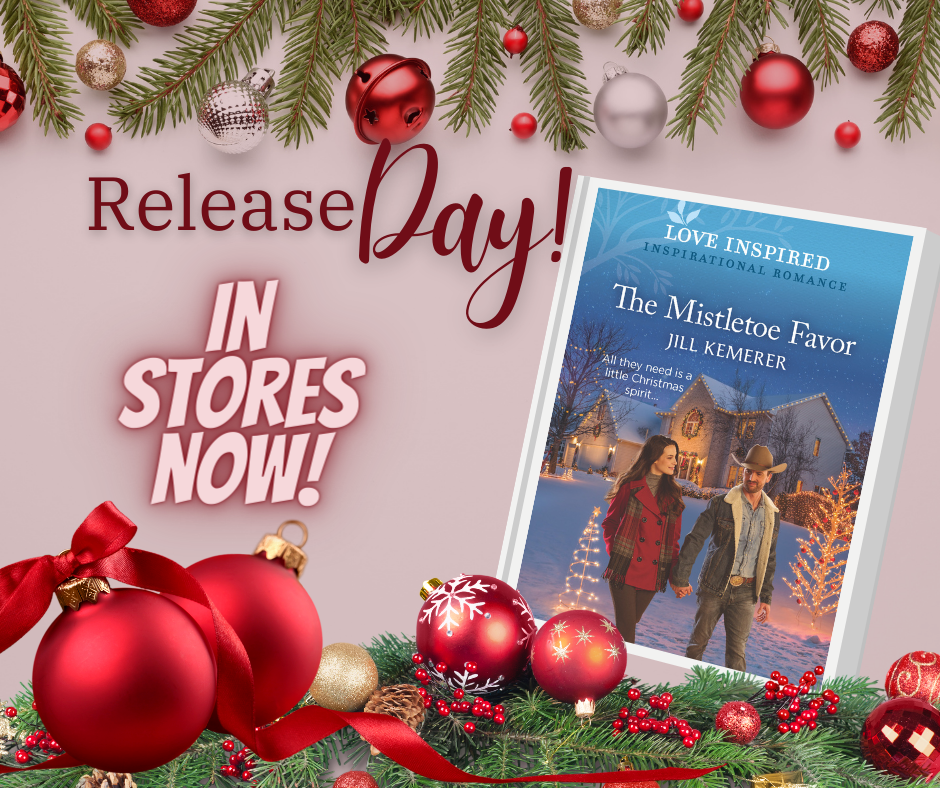 It will take one special cowboy

To make this season bright.

After gaining guardianship of his half sister, wealthy rancher Mac Tolbert hopes a part-time job during the holidays will help the grieving teenager. New coffee shop owner Bridget Renna has been on her own since sixteen and is immediately drawn to the shy orphan—and her handsome brother. But as Bridget grows closer to the siblings, will her troubled past ruin their chance at a Christmas together?

Click HERE for purchase links, a sample read and more!

If you’re not sure The Mistletoe Favor is for you, check out what readers are saying on Goodreads!

Thanks so much for celebrating The Mistletoe Favor release day with me!!

Thank you to everyone who entered The Mistletoe Favor Giveaway! The winner has been selected and notified via email!