I’ve been a huge fan of Beth’s books ever since reading Catch a Falling Star. Every time I read one of her stories, I laugh, I cry, and I don’t want it to end. It’s a reader problem I’m sure you understand. Anyway…

Besides being an extremely gifted writer, Beth is one of the most genuine, generous and fun women I know. I’m thankful for the many ways she’s encouraged me personally, and I hope you all pick up one of her books to see for yourselves what I’m talking about!

To celebrate her release I’m giving away a paperback copy of Crazy Little Thing Called Love. See the form below for the easy entry options!

Wedding bells and storm clouds collide in the first engaging novel in a brand-new series about destination weddings, the power of love, and the possible mishaps and missteps that happen on a couple’s journey down the aisle to “I do.”

Paramedic Vanessa Hollister has put her adolescence behind her, including the unwanted label of being the new kid in town over and over again, thanks to her father’s military career. She’s overcome what her mother called “the biggest mistake of her life” and is planning an elegant destination wedding in Destin, Florida with her new fiancé. But will the reappearance of her first husband from her what-were-you-thinking teenage elopement disrupt her dream of an idyllic beach wedding?

As a professional storm chaser, Logan Hollister is used to taking risks. However, a reckless decision during the last tornado season has him questioning the future of his team, the Stormmeisters. Coming face to face with his ex-wife eight years after their divorce compels him to confront his greatest regret: losing Vanessa. Does their past give him the right to interfere with her future?

A fast-moving, powerful hurricane throws Vanessa and Logan together as they evacuate to a storm shelter along with other residents of the Florida Gulf Coast. Forced to spend time together, the pair battles unexpected renewed feelings for each other.

Vanessa and Logan are faced with a choice: Should they accept, once and for all, their teenage marital mistake? Or is God offering them a second chance at happily ever after? 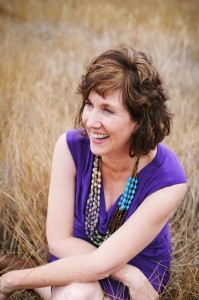 Beth K. Vogt believes God’s best often waits behind the doors marked “Never.” A 2015 RITA® Finalist and a 2015 and 2014 Carol Award finalist, Beth is a contemporary romance novelist with Howard Books. Her 2014 novel, Somebody Like You, was one of Publisher’s Weekly’s Best Books of 2014. In 2015 she introduced her destination wedding series with both an e-novella, Can’t Buy Me Love (May) and a novel, Crazy Little Thing Called Love (June). Connect with Beth at bethvogt.com.

Where is your ideal wedding location? A church, beach, outdoors or somewhere else? I’d love to hear it!

Her Cowboy Till Christmas Giveaway

What Happens The Day After I Meet a Deadline?

Do you see me smiling? I turned in my fifth Love Inspired this week! YAY!!!…

Last week I had the pleasure of diving into Jody Hedlund's latest inspirational historical romance, Undaunted…

Copyright 2015-2020. Ripple Effect Press, LLC. All Rights Reserved. The content on this site is the sole property of Jill Kemerer. See link below.

Subscribe for Book News, Recommendations, and Giveaways!
Sign Me Up!
Copyright 2015-2020. Ripple Effect Press, LLC. All Rights Reserved. Site Powered by Total Theme.
Back To Top
×
We use cookies to ensure that we give you the best experience on our website. If you continue to use this site we will assume that you are happy with it.OkRead more